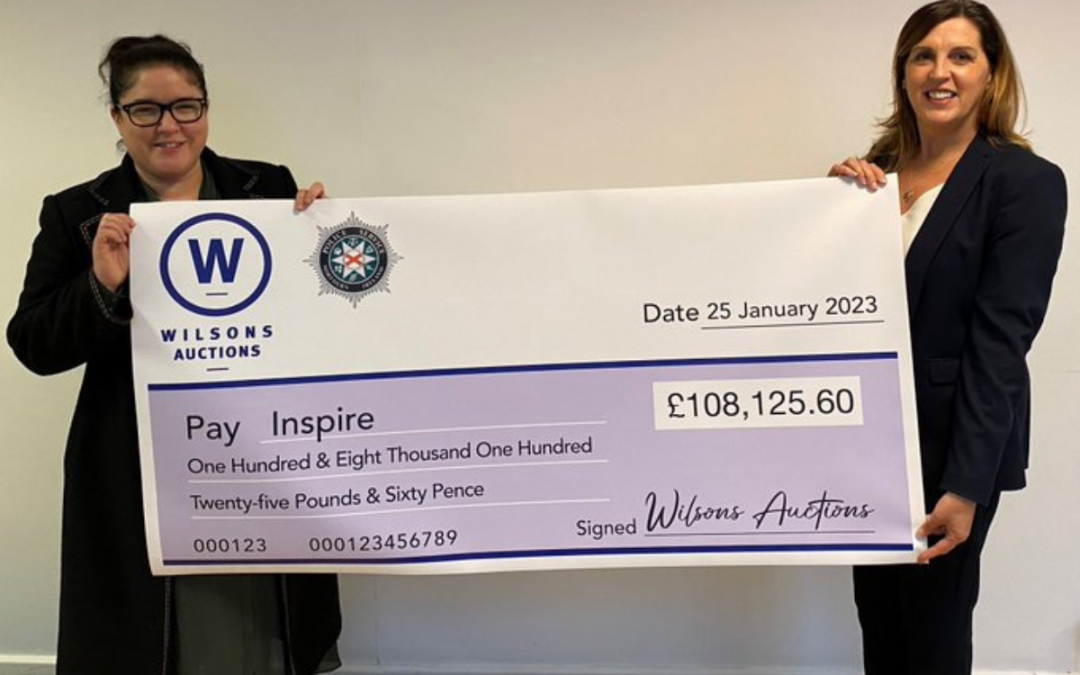 Inspire was delighted to receive a cheque for over £100,000 from detectives at the Police Service of Northern Ireland’s Economic Crime Unit.

We are delighted to donate this sum of money to Inspire, who work together with people living with mental ill health, intellectual disability, autism and addictions to ensure they live with dignity and realise their full potential.

Gambling is an issue that affects people from all walks of life. Illegal gambling is not a victimless crime. There are real issues around addiction and exposing people to the culture of gambling and Northern Ireland is no different to any other jurisdiction.

Officers enforce the legislation set under the Betting Gambling Lotteries and Amusements (Northern Ireland) Order 1985 which sets strict limits for the playing of games where monies are at stake. Any game or gambling deemed to be in contravention of the Order will be stopped and investigated by police under this order

This type of illegal activity has the potential to lead to other crimes such as theft by those involved in order to fund their habit, which in turn has a personal impact on other people and the wider community. Organisations such as Inspire play a crucial role in providing support and help for those in need.

We are proactive in tackling illegal gambling and work alongside our partners and local communities to increase awareness of the issues, dangers, responsibilities and possible consequences. Anyone with concerns or information about illegal gambling should contact police on the non-emergency number 101. Alternatively, information can also be provided to the independent charity Crimestoppers on 0800 555 111 which is 100% anonymous and gives people the power to speak up and stop crime.

This extremely generous donation from the Police Service of Northern Ireland will have a life-changing impact on the people who use our services, their families and the wider community. In our services we see the devastating consequences that addictions, including to illegal gambling, can have on people, families and communities. However, every day in Inspire we also see how, with the right support, people can turn their lives around. It is very heartening that the money obtained through a negative means will ultimately have such a positive influence.