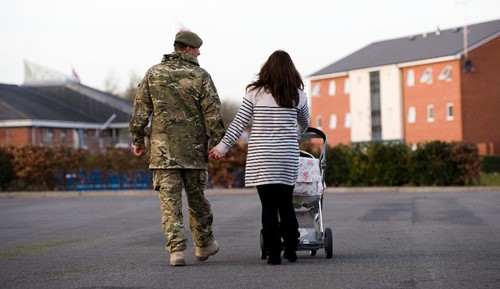 Inspire are pleased to be working alongside King’s College London and Queen’s University Belfast in the delivery of this innovative treatment trial.

Inspire currently provides access to psychological therapy, counselling and associated support services to over 800,000 individuals across the UK and Ireland. This includes a board-level commitment to working with security-based organisations and we have built our specialist knowledge and reputation working in partnership for over 10 years with a range of difference veteran support organisations and groups. During this time we have developed a service offering that is safe, competent, responsive and flexible in meeting the needs of this specialist group. We are pleased to be able to collaborate with Kings College London and Queens University Belfast to explore how best we can collectively support veterans in this important treatment trial.

Who are the participants?

Eligible participants are men or women, 18 years or older, who live or work in the UK. They were UK military veterans of the Army, Royal Air Force or Royal Navy who have received a diagnosis of post traumatic stress disorder (PTSD) by one of the study’s clinical psychologists from the charity Inspire.

What does the study involve?

Participants completed a short screening questionnaire for PTSD with the study researchers, if scores showed that they may have had PSTD, they were invited to join the study and complete baseline questionnaires. Participants then had an assessment with an experienced clinical psychologist who works at Inspire to confirm whether they had PTSD and were eligible for the study. If eligible, they were then randomly allocated to one of two therapy groups:

– Group 2 received TF-CBT. This involved up to 18 weekly treatment sessions, each lasting up to 1 hour.

In addition to the therapy, participants were asked to complete questionnaires at 6, 12, 20 and 52 weeks after randomisation. Due to health guidelines concerning COVID-19, this was done over the phone or online. When the treatment ended, a number of the participants were be invited to have an interview with a researcher to see what they thought about taking part in the study and the treatment they received.

What are the possible benefits and risks of participating?

By taking part in the study, the PTSD symptoms of the participants may get better and they may be contributing to future improvements in treatments offered to veterans suffering from the same condition.

However, all talking therapies require people to talk about a problem and this can be uncomfortable or upsetting. They may uncover unpleasant memories of an event that had been forgotten. TF-CBT is known to be effective in reducing or removing the symptoms of PTSD. In contrast, it is not known if RTM may lead to increased symptoms of PTSD. This research will help answer that question.

Where is the study run from?

The recruitment and assessment of participants took place via the PETT Study research team and Inspire, with therapy sessions being delivered at the Inspire therapist’s office.