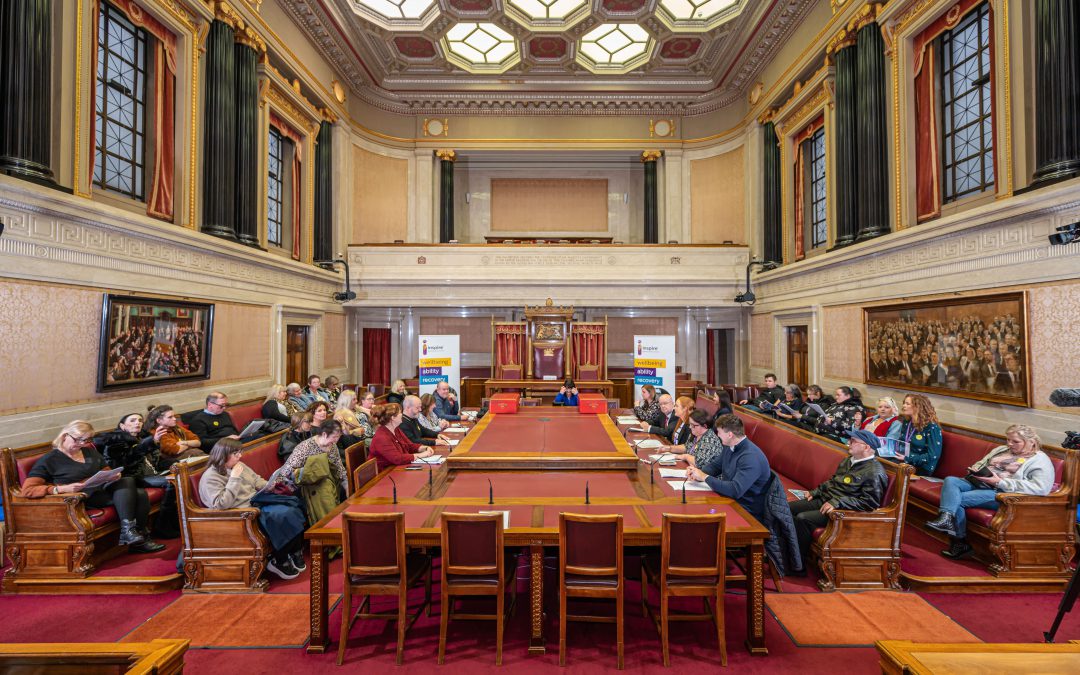 On Monday 7th November, people with lived experience of mental ill health and addictions travelled from all over Northern Ireland to Parliament Buildings, Belfast, for the first ever Stormont Takeover anti-stigma day.

Following a summer of engagement with elected representatives from across Northern Ireland’s political spectrum – during which we explored ways to tackle stigma around mental ill health and addiction – we decided to cap it off by bringing people with lived experience right to the heart of government.

Our aim was simple: to provide MLAs, including host and sponsor Doug Beattie, with a chance to see inside Inspire services and connect with their constituents. They were also given the opportunity to witness our recovery-focused and community-based programmes in action.

The Wellbeing, Ability, Recovery Live workshops comprised a series of fun activities in the Long Gallery. From building bug hotels that promote biodiversity with our Blossoming Futures volunteer and drawing images from sound to becoming scam aware and nutrition conscious, Team Inspire laid on an extremely engaging agenda, one designed in conjunction with our excellent Service User Reference Forum. Without a doubt, the people who use our services displayed their skills and abilities, and highlighted the issues that are so important to them.

In addition to our wellbeing sessions, the Stormont Takeover opened and closed with two events that demonstrated the talents of the people we support and breadth of the work that we do.

The day’s programme got underway with the Belfast launch of Inspire Women: Strength Through Storytelling, a project built upon the stunning, courageous efforts of a group of female service users, who, alongside a team of gifted facilitators, used photography, drama and creative writing to tell personal stories of stigma and discrimination. Their testimonies and memories played out on screen, each one a chronicle of the power of hope and determination.

The afternoon concluded in the Senate Chamber with a spirited and well attended debate on recovery, harm reduction, substance misuse and stigma. Moderated by BBC Northern Ireland’s Kelly Bonner, the discussion saw participants setting out a series of positions on the importance of treating this subject as a public health issue. They called on elected representatives and policy makers to think again about how to support people and design services.

The audience contributed, too, with personal testimonies very much to fore. MLAs John Blair, Pam Cameron, Órlaithí Flynn and Colin McGrath were also on hand to state that, for all the discord in a variety of other areas, there are few disagreements between the parties on this subject.

Interventions came from a panel including former GP Dr George O’Neill, Inspire Group CEO Kerry Anthony, Inspire Mutual Aid Partnership Group members and Antrim hurler Domhnall Nugent, a prominent recovery advocate. In his address, Domhnall made an impassioned plea for society to reconsider the way it thinks about addiction and the people it impacts.

“Everyone has the right to be excited about the person they will become.“ – Domhnall Nugent

As a vehicle for staging crucial conversations, showcasing our work and breaking through the stigma surrounding mental ill health and addiction, the Stormont Takeover proved to be a roaring success. The question is, where shall we take over next?

This event was brought to you by Change Your Mind, Northern Ireland’s anti-stigma campaign. 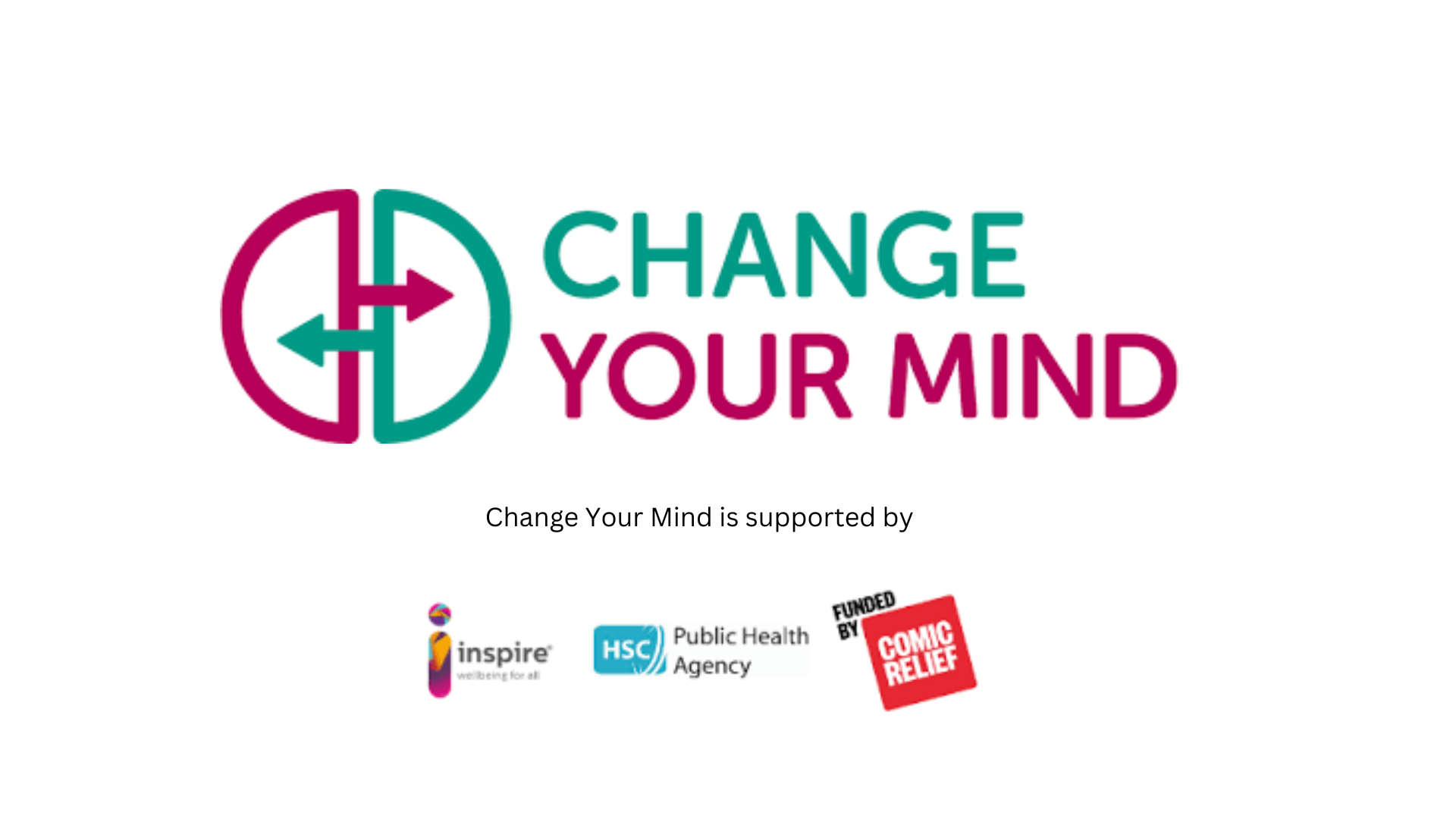