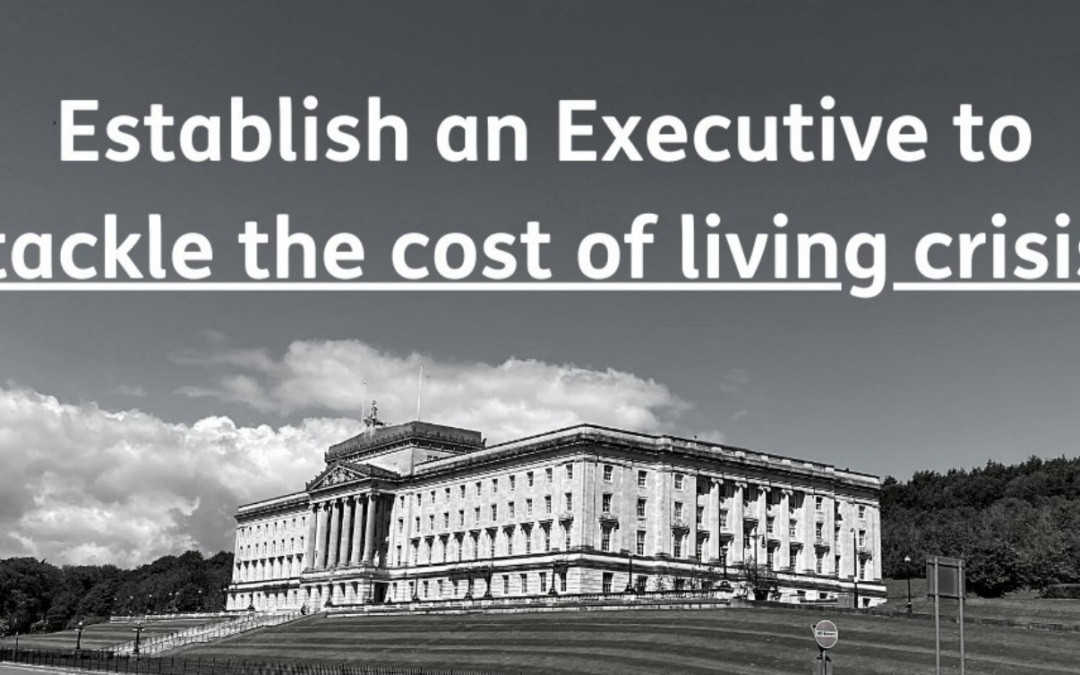 Inspire, alongside our colleagues across the sector, has signed this open letter on the cost of living crisis in Northern Ireland:

On behalf of the organisations undersigned, we are making a joint plea for urgent action to mitigate the devastating impact of the cost of living crisis in Northern Ireland.

Local households of all shapes and sizes are being pummeled by spiraling living costs. Energy bills have increased by hundreds of pounds per year, record levels of inflation are making essentials like food and fuel unaffordable, and neither wages nor social security support have risen sufficiently to cushion the blow.

The crippling cost of living is pushing people in Northern Ireland into making increasingly desperate decisions to survive week-to-week. We are aware of heartbreaking stories of people skipping meals, turning off their heating, sitting in the dark with no electricity and making their own sanitary products because they simply can’t afford to get by any other way.

And these experiences only scratch the surface of what the cost of living crisis is doing to women, men, children, parents, older people, young people, disabled people, unpaid carers, ethnic minorities and many more in every corner of Northern Ireland. The impact that this is having on people’s physical and mental health and wellbeing is severe.

The situation only looks likely to get worse in the coming months. New research predicts a fuel poverty rate of over 70% in Northern Ireland by January 2023. [1] This means over 1.4 million people here will be struggling to afford their energy bills. The much-discussed ‘heat or eat’ dilemma has almost become irrelevant, because many households in Northern Ireland will go to bed this winter both cold and hungry.

It is in that context that we are making a collective call for our political leaders to overcome the present difficulties and form a new Executive without delay.

Stormont has significant policy-making powers – particularly in regard to social security – that could be deployed to shield local households from the poverty and destitution so many are already facing, and that so many more are at risk of in the time ahead. We urgently need the institutions to return, set a multi-year budget and deliver the policy solutions that people in Northern Ireland need.

Failure to do so does not just have a human cost, but an economic one as well. Increased ill-health, poorer educational outcomes and less spending in local businesses are all by-products of poverty, and are all harmful to Northern Ireland’s economy.

Spiraling living costs have, and will continue, to effect hundreds of thousands of households across Northern Ireland. Political inaction in the face of such a devastating crisis is simply not an option.

To see the original version of this letter, click here.