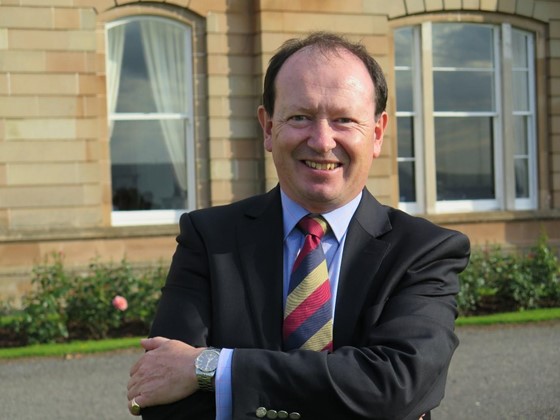 Mr William Fitzpatrick has been appointed to succeed Professor Hugh McKenna, CBE, who retired as Chairman of Inspire after serving 11 years on the Board, six as Chairman.

William joined the Board in 2015, having worked alongside and supported Inspire for a number of years before that. He has served on and is Chair of a number of Board Committees and is also a Director on our board in Ireland.

A Chartered Accountant, William heads up CCS Training, which operates third level colleges, including PCI College and the Iron Mill College, which in partnership with Middlesex University and the University of Worcester respectively provide certificates, diplomas, primary degrees, and masters degrees in counselling and psychotherapy. PCI College also works with Inspire to grow the number of accredited counsellors and psychotherapists in Northern Ireland.

William is involved in a number of other charities including the Newforge Taggers Tag Rugby Club, where he is the Honorary Treasurer, which was the first club of its type in Ireland to provide children and young adults with learning disabilities the opportunity to play tag rugby.

Originally from Tipperary, William lives in Holywood with his wife Jacqueline and has two daughters Meadhbh and Aoife, who both work in London. A keen golfer, William is a past Captain of The Royal Belfast Golf Club, where Inspire was his charity of the year.

William is looking forward to continuing the great work of Professor McKenna and to working with the entire Inspire team to deliver on our values of: supporting people living with mental ill health, disability, autism and addictions to live with dignity and realise their full potential; creating a stigma free society that focuses on people and their abilities; and developing a culture of compassion and promote positive mental health and wellbeing in all areas of everyday life.